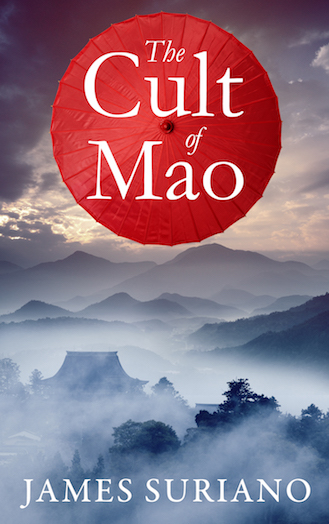 In 1968, Xiajao Ying, a young boy from a powerful Shanghai family, is sent to work in the rice paddies in a remote village as part of Mao Zedong’s Down to the Countryside movement. While there, he discovers a secret about himself that manifests unexpectedly in front of superstitious peasants, who then begin to regard him as divine.

On the other side of the world, Anatella Weegarden, an NYU student and researcher for the enigmatic Khelidiam Society, has been tasked with flying to the province of Zhejiang and studying Xiajao’s extraordinary gift. Anatella, however, has no idea of the atrocities Mao’s regime has been carrying out on the Chinese populace and the very real dangers ahead of her.

Xiajao’s fledgling abilities eventually garner the attention of the Chinese Red Army then Mao himself. When the Chairman confronts the boy with an impossible ultimatum, Xiajao sees no other recourse but to stow away on a container ship and cross the Pacific. The harsh, desolate seas are only bearable because of the promise of safety and freedom on the shores of California.

But soon, Xiajao discovers, even in the Land of the Free, there is always a price to be paid.